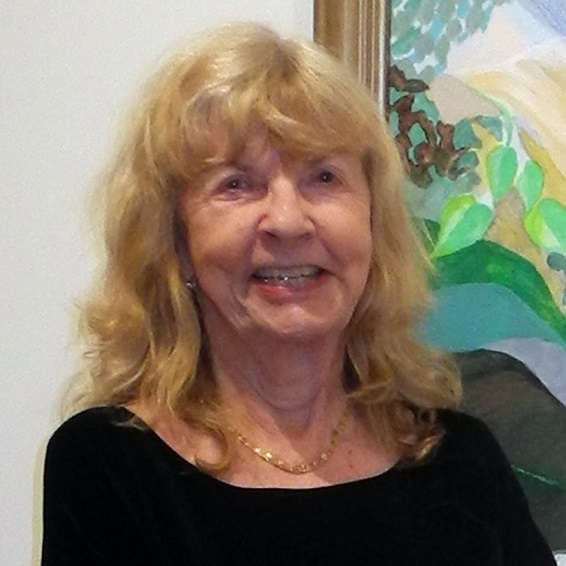 Mary Montague Sikes incorporates her love of sculpture into mixed media projects, building textures on paper and on canvas as she creates watercolor, encaustic, and acrylic paintings. Recently, she began experimenting with cold wax oil painting.

Working closely with collectors, Sikes enjoys visiting sites that are important to them, taking pictures and making notes. A few years ago, an owner of a group of resorts in Jamaica transported her to all the different locations on the island where she took hundreds of photographs and later produced paintings in a project for the headquarters in Kingston. She enjoys travel and produces colorful images of exotic places that intrigue her. Since she is an author as well as an artist, she often uses those destinations as settings for her novels.

After graduating with a degree in psychology from the University of Mary Washington, Sikes studied sculpture, painting, printmaking, and ceramics at the College of William and Mary. She earned her MFA degree in painting at Virginia Commonwealth University.

An award-winning artist, Sikes has exhibited nationally and internationally. As a freelance writer, her photographs and articles have been published in newspapers and magazines throughout the United States and the Caribbean. Each year she enjoys taking workshops with well-known artists such as Mary Ann Beckwith, Mary Alice Braukmann, Jan Sitts, Robert Burridge, Janet Rogers, Pat Dews, Elaine Harvey, Carrie Brown, Lisa Boardwine, and others. Over the years, painters Georgia O’Keeffe, Frank Stella, Jasper Johns, and sculptor Henry Moore have influenced her work.