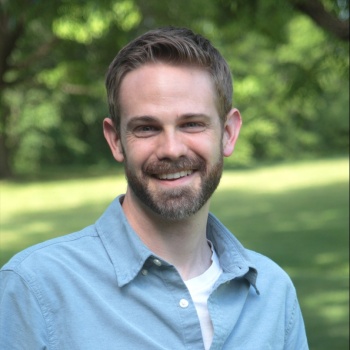 ADAM CLAGUE is an impressionist oil painter based in Missouri. Whether Adam is painting a person, place, or plant, he seeks to faithfully capture the beauty of God’s creation and to communicate that beauty with his viewers.

Adam is a member of the Portrait Society of America, the American Impressionist Society, and a signature member of the Oil Painters of America. His work has received national and international honors, including Portraiture Award of Excellence at the 2018 OPA Salon Show, Best of Show at the 2016 American Impressionist Society National, and 2nd Honor Award at the 2014 PSoA International. His paintings have been displayed in a variety of venues including the Salmagundi Club in New York City and the European Museum of Modern Art in Barcelona, Spain. Adam enjoys sharing what he has learned as a full-time artist through workshops and through his online video course.

Adam received a Master of Fine Arts degree from Pensacola Christian College, where he studied under Brian Jekel. It was at college that Adam met his wife and fellow painter, Andrea Orr Clague. They now live near Kansas City, Missouri with their 2 sons, Gideon and Jaron.